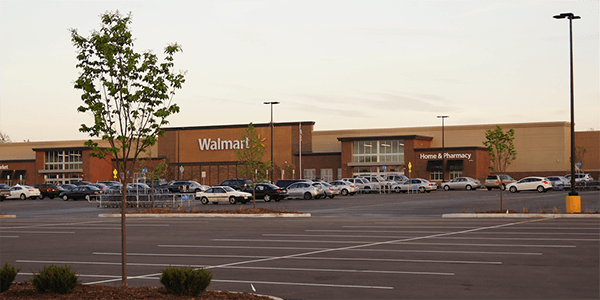 TADI coordinated with all of the review agencies to recommend intersection improvements.

A new Walmart store was proposed along the north side of Greenfield Avenue (STH 59) immediately east side of Moorland Road (CTH OO) in New Berlin, Wisconsin. The site is located on the border of the cities of New Berlin and Brookfield. The development included the Walmart store; several outlot buildings as well as several planned off-site developments adjacent to the site. As part of the development, the Wisconsin Department of Transportation (WisDOT), Waukesha County, the City of New Berlin and the City of Brookfield requested a traffic impact analysis be conducted to identify any roadway improvements attributed to the new development. This included analysis of the planned and potential future access points to the two heavily traveled corridors as well as analysis of a heavily used adjacent signalized intersection. Utilizing TADI’s strong relationships with the review agencies as well our expertise in analyzing complicated corridors, TADI coordinated with all of the review agencies to recommend intersection improvements, including a new traffic signal in close proximity to the aforementioned heavily used signalized intersection, to accommodate the proposed development in a timely manner. The following elements were conducted as part of the project: