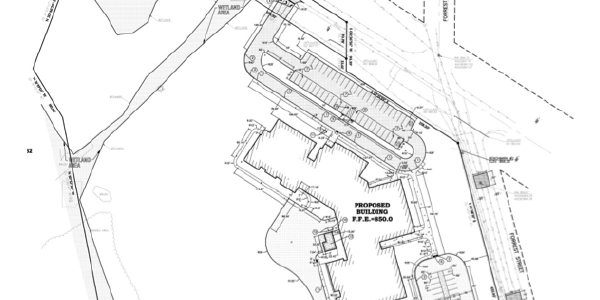 The Black River Falls School District is building a new elementary school with plans to open for the 2017-2018 school year.

The new elementary school will be located just north of the Forrest Street Early Learning Center in the southwest quadrant of the County Trunk Highway (CTH) A & Forrest Street intersection.  Projected enrollment for the new school was 580 students.

A traffic impact analysis (TIA) report was prepared to estimate the number of peak hour trips generated by the development, operations of existing traffic and queues at the CTH A intersections with Forrest Street, Gordy’s Country Market driveways, and the new school driveway, operations of future conditions with the proposed site traffic at these intersections, and improvement options for acceptable traffic operations during the weekday morning and evening peak hours.

The traffic analysis revealed that no operational issues are expected during peak hours with full buildout of the new school.  For additional safety during school pick-up and drop-off times, additional lane improvements were recommended to better separate through and turning traffic on CTH A.