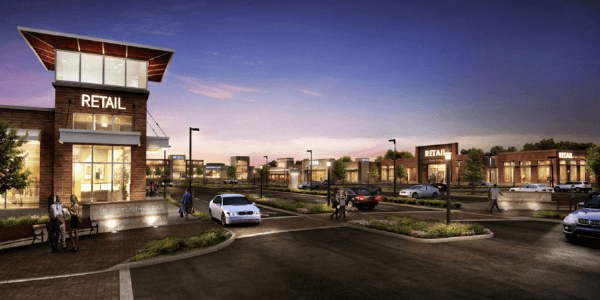 The USH 18/Bluemound Road corridor is a heavily-developed, heavily-traveled major arterial through the City of Brookfield.

WisDOT had previously completed improvements to the corridor to combine and restrict access along the corridor.  High traffic signal cycle lengths, up to 180-seconds, were deployed to accommodate throughput on the highway.  Select signalized intersection movements operated undesirably at LOS E/F conditions.

The development of approximately 800,000-sf in the southwest corner of the busy Bluemound & Calhoun intersection was anticipated to add nearly 11,400 daily trips to intersections with movements operating poorly.  Additionally, an alternative was developed to see if a new traffic signal would be beneficial along the corridor to accommodate development.   TADI developed a new tool to supplement traffic analysis models to determine the sufficiency of an intersection to process traffic when LOS D is unattainable due to high signal cycles.  As a result, it was shown that the new traffic signal would result in fewer improvements and have negligible impact tin moving highway traffic east/west on Bluemound.

The following tasks were performed: