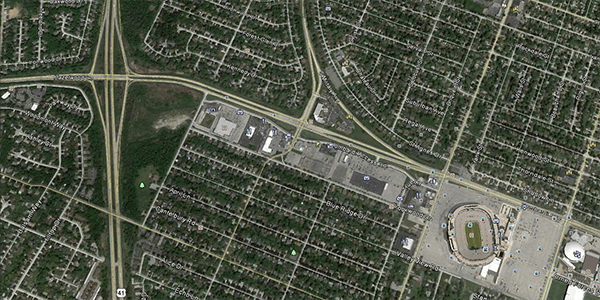 TADI conducted a two part traffic study for the Green Bay Packers. The first part included conducting traffic counts and data collection for the USH 41 interchanges and key intersections for loading and discharge for a Monday Night football game. TADI then analyzed the USH 41 ramps at Lombardi Avenue to assist the Packers and WisDOT to determine the optimum intersection control for the new USH 41 interchange with Lombardi Avenue. The second part of the study included the traffic impacts of the Lambeau Field expansion and redevelopment of lands along Lombardi Avenue including the new Cabela’s store located adjacent to the USH 41 northbound exit ramp along Lombardi Avenue. This included analysis of the USH 41 ramps/interchange, 8 intersections along Lombardi Avenue and Lambeau Field access points to the surrounding street system. Utilizing TADI’s strong relationships TADI coordinated with the Packers, Village of Ashwaubenon, Brown County and WisDOT for improvements at a new signalized intersection to the Cabela’s store and also analyzed the intersections for potential redevelopment traffic. The following elements were conducted as part of the project: